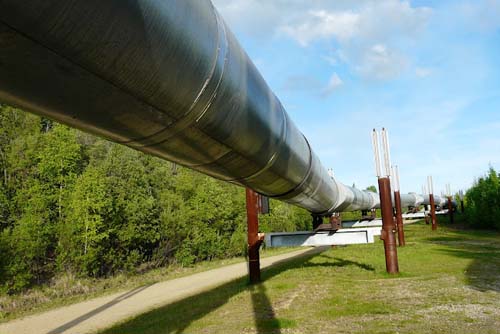 The 800-mile-long, 48-inch-diameter trans- Alaska oil pipeline parallels the Richardson Highway through the Delta Junction area on its way to the Port of Valdez. The line is underground where it crosses the Alaska Highway about half a mile southeast of the center of Delta Junction. At Big Delta, the oil pipeline crosses the Tanana River on a cable suspension bridge. (See the photo below) 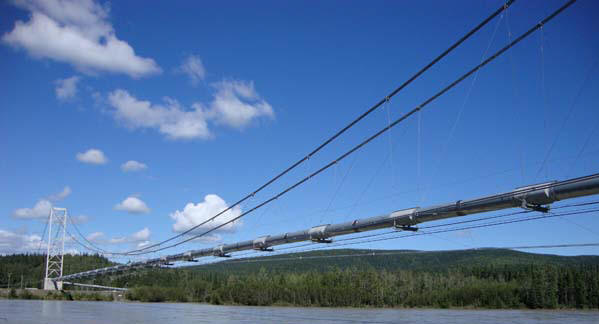 Inside the Pump Building portion of the station, there are three United 16X22 pumps putting through about 1.6 million barrels of North Slope crude oil a day. This makes up about 20 per cent of the domestically produced crude oil, or about 10 per cent of the total consumption of the United States. The pumps are driven by Rolls-Royce Avon gas turbines through a reaction turbine coupling. The pumps require 13,500 horsepower each to move the crude oil through at this rate. None of the oil transported by the trans Alaska pipeline is exported to foreign countries. Most of the oil ends up at East or Gulf Coast refineries. 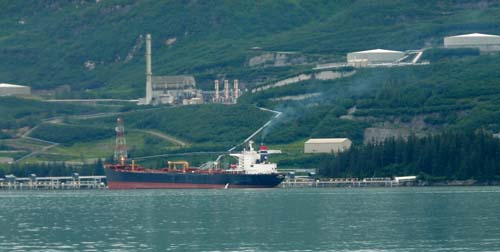 A few facts about the three  pipelines that have come through Delta in the past.  Only one is operating today (Alaska Pipeline). 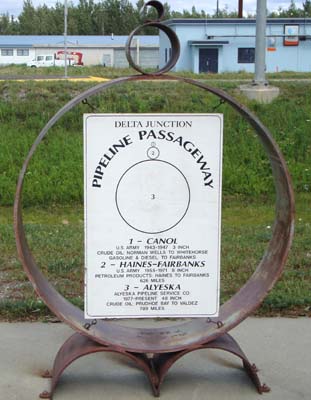 Three major pipelines have been built through the Delta area – and a pipe section’ display will be found in front of the Visitors Information Center.   The pipeline begins in Prudhoe Bay and ends in Valdez.

The first pipeline was the three-incher built as part of the famous Canol project during World War II. It delivered refined petroleum products from Whitehorse to the emergency airfields on the Canadian side and to Northway, Tanacross, Big Delta, and Ladd Field, now Fort Wainwright, in Alaska. During the September 1942 – September 1945 period, 7,943 aircraft were delivered to the Russian Air Forces under the Lend-Lease program utilizing these airfields. At war’s end, the line fell into disuse, and most the pipe has been salvaged out in recent years.

The second line is the eight-inch Haines pipeline, which was built in 1954 to transport petroleum products from the port of Haines to military installations in Interior Alaska. Parts of this line are still in place and, though the line and its pumping stations [one of which is located about 12 miles north of Delta on the Richardson Highway have been  inactivated, the line was used as recently as 1980 when some surplus military fuel was moved out of the Tok area. 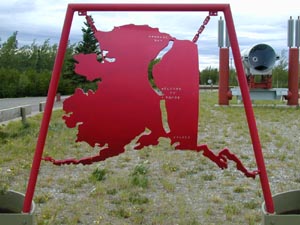 The third is the 48-inch trans Alaska pipeline, which was completed in June of 1977, twenty-seven months after the first length of pipe was laid. This line was built by private contractors working for Alyeska Pipeline Service Company, the agent for the eight major oil companies who own the oil being transported. The total construction cost was over 9.5 billion dollars. The trans Alaska pipeline transports crude oil from the oil fields on Alaska’s North Slope to the Port of Valdez.