The Early Years
Fort Greely is a United States Army launch site for anti-ballistic missiles located 5 miles south of Delta Junction on the Richardson Highway. It is also the home of the Cold Regions Test Center (CRTC), as Fort Greely is one of the coldest areas in Alaska, and can accommodate cold, extreme cold, or temperate weather tests depending on the season. It is named in honor of Major General Adolphus Greely.

Fort Greely’s history dates back to 1942 when 1st Lt. William L. Brame led an advance detail of 15 men to the Big Delta area to establish an Army Air Force Base. Throughout World War II, the sole purpose of the base was as a transfer point for the Lend-Lease program to Russia. American aircraft were flown to the base from the ‘lower 48’ and turned over to the Russian pilots who in turn flew the aircraft to the Soviet Union.

The base became an Army Post in 1948. It underwent several name changes until, in 1955, it was designated Fort Greely in honor of Maj. Gen. Adolphus Washington Greely.  Greely was an Arctic explorer and founder of the Alaska Communications System.

After World War II, the War Department decided that the American Soldier must be able to live and operate in any degree of cold. This decision was based on experience gained in combat and predictions of future possibilities for international obligations. A group of task forces was therefore organized to test U.S. Army equipment in the cold. Task Force Frigid and Task Force Williwaw were dispatched to Alaska during the winters of 1946 and ‘47. A related trial unit, Task Force Frost, incorporated elements of the 66th Armored Regiment and underwent tests in Camp McCoy, Wisconsin at roughly the same time.

The information and data collected by task force personnel was a beginning, but it took time for men to be transported, to set up quarters for a short period of actual testing, and then pack up and leave until the next year. The expense of moving in and out was taken into consideration when the final reports were filed. When questions arose concerning the reports, there was no one available to answer them, for the task forces had been disbanded, and the personnel returned to their home units. The major shortcomings of these task forces included having insufficient time to establish units on test sites, the lack of acclimatization period for both personnel and equipment and a lack of continuity. Based on these results, it was recommended that a permanent test organization be established, with test groups representing each of the “Army Field Force Boards” located in the “Zone of the Interior.”

In 1949, the Department of the Army ordered the organization of the Arctic Test Branch at Big Delta Air Force Base, Alaska (now known as Fort Greely). A cadre for the organization was activated at Fort Knox, Kentucky, in March 1949, by the transfer of personnel from each of the “Army Field Force Boards.” The organization moved to Alaska in July 1949 and test operations were initiated. Shortly thereafter, the organization name was changed to the Arctic Training Center. In 1957, it was renamed the U.S. Army Arctic Test Board, with the mission of conducting Arctic service tests of all Army field equipment.

From 1955, Fort Greely and a huge tract of land around it (withdrawn from the Department of the Interior) were used for training soldiers for cold weather combat during the Cold War with the former Soviet Union.

In the early 1960s, the Army constructed a nuclear electrical power plant, SM-1A, at Fort Greely as part of the Army Nuclear Power Program which included similar operational plants in Antarctica, Greenland, the Panama Canal Zone, Virginia and Wyoming. The initial operators at Fort Greenly were military NCOs, but civilians were later hired. The plant operated for several years, until the interior radiation caused deterioration of many metal parts 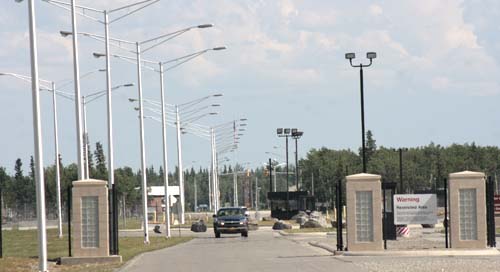 The Cold Regions Test Center is well into its first half-century of service. Established in 1949 as the Army’s Cold Regions Test Branch, the Center exists as a site for testing equipment under the strain of severe Arctic conditions. Tests have included year-round feasibility and service evaluations on freeze-dried foods, cold weather clothing and Arctic oils and brake fluids. Equipment testing has also been conducted on the Cobra, Blackhawk and Huey helicopters, the Dragon Guided Missile System the Abrams M-1 Tank and a variety of other weapons.  More recently, the center has tested an inflatable helicopter hanger for field use and the NASA Aerostat.

Due to its isolation, remoteness and harsh winter weather, Ft. Greely  was considered by Dept. of the Army as an “Overseas” tour of 1 year for unaccompanied soldiers and a 2 year tour for those with their dependents.  Because of the unique working and living conditions and the missions of the soldiers assigned to Ft. Greely, it is no wonder the title “Home of the Rugged Professional” has been applied to the post.

In the 1980s, when the Cold War ended with the collapse of the Soviet Union, Fort Greely was gradually realigned through a gradual draw-down in the numbers of soldiers.

In 1995, Fort Greely was selected for realignment (but not closure) as a cost-saving measure. Only the Cold Regions Test Center (CRTC) and Public Works functions were to remain on the installation. Large portions of the post were to be closed and, at one point, the main post was to be turned over to the city of Delta Junction for use as a private prison. Ultimately, plans for the prison fell through. In 2001, headquarters for the Northern Warfare Training Center and Cold Regions Test Center were moved to nearby Fort Wainwright. Training ranges were also transferred to Fort Wainwright control and renamed Donnelly Training Area. Although its command moved, CRTC continued operating from Fort Greely. The Northern Warfare Training Center also continued operations at Black Rapids Training Facility.

After the United states announced that it would withdraw from the Anti-Ballistic Missile Treaty, Fort Greely was selected as a site for the Ground-Based Midcourse Defense system. Starting in the summer of 2002, the United States government began work on the missile defense installation at Fort Greely, planning to deploy a total of 25 to 30 anti-ballistic missiles by 2010. Concurrently, the Missile Defense Command took command of Fort Greely, relinquishing direct Army control, while the Army retained control of the nearby Donnelly Training Area. 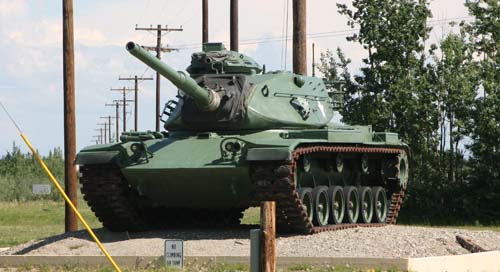 With the continued development of an intercontinental ballistic missile program by North Korea, Fort Greely may be slated for an expansion. An anti-ballistic missile facility may be required to protect Alaska and the West Coast of the United States from possible North Korean attacks.